They are loud, powerful and it’s almost impossible to pronounce their band name. Kvelertak just released their third album and we caught the bands guitarist Vidar Landa right before their gig at Backstage Munich.

Kvelertak are one of the most popular metal bands right now. Next to Gojira and Turbonegro they are filling the festival line-up’s in summer and the concert halls in winter. Their new album „Nattesferd“ which means something like „night horse“ just got released and was produced at home in Norway. It includes nine tracks, some like „1985“ are a bit more radio friendly, others like „Dendrofil For Yggdrasil“ and „Ondskapens Galakse“ are a bit heavier.

We talked with Vidar about the Southside Festival this year, their friendship with Turbonegro, the 80ies and future plans. And before we did the „Hi5“ we also learned the Norwegian word for owl, the bands symbol, shown on every cover. 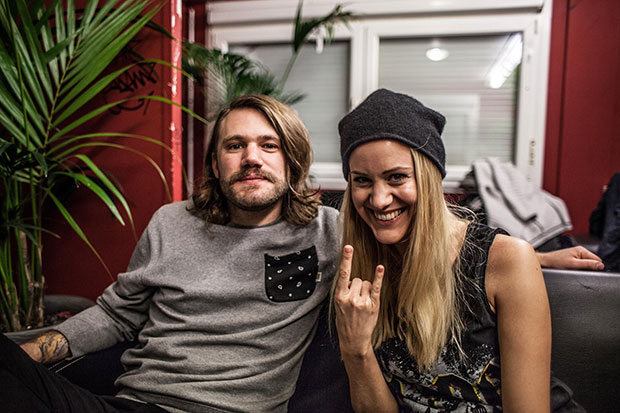