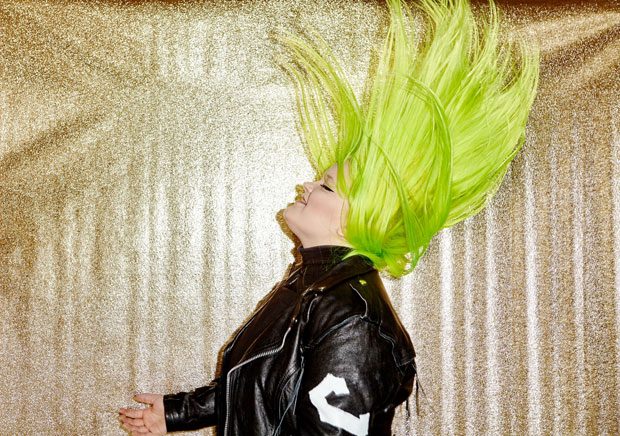 ALMA, an upcoming Finnish singer, isn’t exactly the type that can be musically characterized just by looking at her. In fact, you probably wouldn’t even guess music. Instantly noticing her brightly green/yellow colored hair and the punky outfits, one certainly wouldn’t believe that this young woman is more than capable of capturing and transfering profound emotions beautifully by using her voice. And you would be so wrong about it… ALMA’s music circles around her brilliantly unpolished and husky singing which works as the centerpiece for a sound that sits somewhere between deep house, R&B and Pop (the good kind). In order to grasp the essence of this exciting, unconventional new artist, we sat down with ALMA to talk about life, music, inspiration, her fashion statement and the near future. 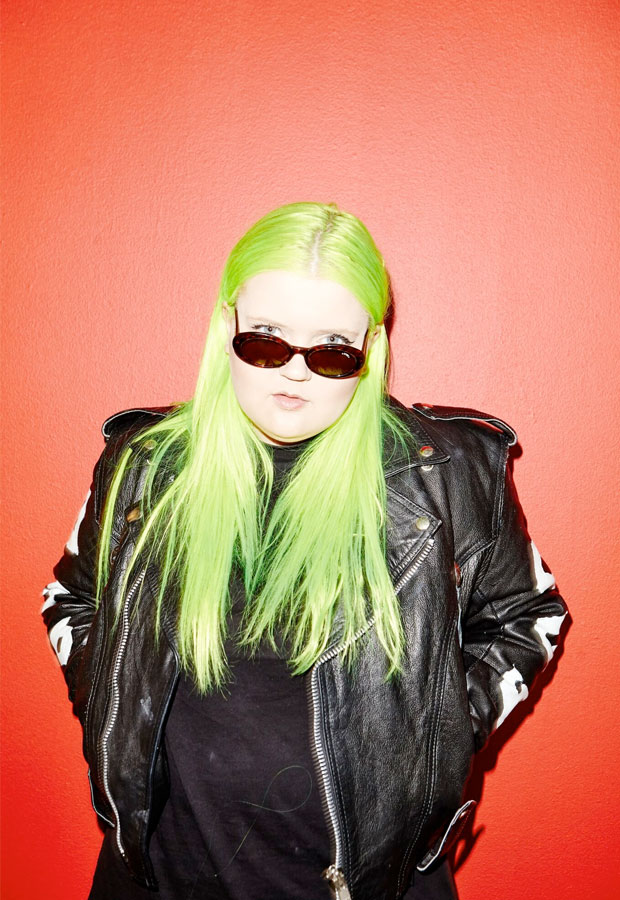 ALMA, when seeing you in person for the first time one would probably not be able the guess the style of music that you’re playing and singing. How does your unconventional style and appearance pair with the way you express yourself musically? Do you get the “Wow, I didn’t expect that“-Effect a lot?
Yes I do get that a lot. Everybody thinks that I do punk music and I just love that haha. When it comes to clothes I just don’t think about what I wear too much. Right now I love the way punkers dress up. I grew up listening to punk music so maybe that’s why I look the way I do.

Your debut single “Karma“ was launched on 03.06.2016 and the attached music video has already reached over 300.000 views on YouTube. Tell me, what was the craziest thing that happened since the single came out? -Are you still getting used to the side effects of fame?
For me personally the craziest thing was when people recognized me in Los Angeles. It was so far away from home and I hadn’t expected that to happen anytime soon. And yes I am slowly getting used to it.

What’s the idea behind the song and do you believe in Karma yourself?
I don’t believe in karma literally but I do believe that if u do good things u get good things in return. Just be nice to each other no matter what.

In a recent interview no one less then Sir Elton John expressed his affection for your music and said he was going to feature “Karma“ on his Beats 1 show. How does it make you feel, knowing giants in the music business like him are already taking a notice of you?
That was one of the craziest thing ever. Still cannot believe that. I need to meet him in person so I can really understand it. But I am super thankful to him.

Just recently you recorded a song called “Bonfire“ featuring Felix Jaehn, a young German producer and DJ. How would describe the workflow with him and the result that came out of your collaboration?
We have the same producer team in Germany so that’s how we got to know each other. Working with him has been very nice and we have a good energy together. I think we work well as a team. He is a great guy and it is easy to make music with him.

If music somehow doesn’t work out for you in the long term, what’s your Plan B?
I want to work with kids and young people. For sure.

Since you come from Helsinki originally, what would you say is the biggest difference between a gig in the Finnish capital and one in a big German city like Berlin? Does the German audience embrace you the same way like folks at home do?
With the Finnish audience you can more likely be sure that they go crazy and that there even is people. Everywhere else around the world I can never be sure about those things and about what kind of response I get with my performance.

Thx Alma! We hope to see you soon on the big German stages …