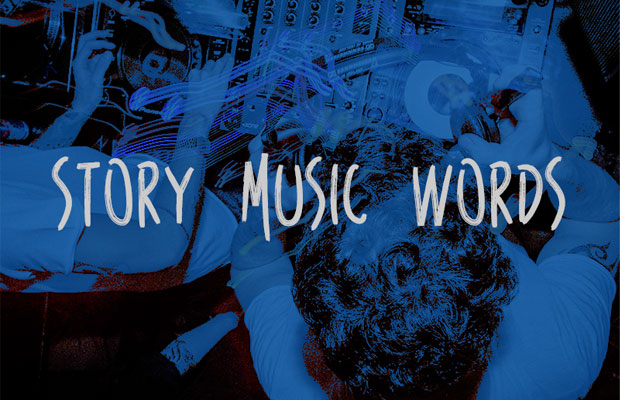 I’m reviewing my year in a musical way for 3 years already and didn’t want to change that for 2014! So

As always, Storytelling is a DJ set that covers tracks i’ve either really enjoyed listening to during the last year or that tell a part of my personal…well, story, i guess. So press on play and have fun reading through my thoughts:

As a student you have to keep an eye on the money! And money counting has been a big part of my past years…So even though i’m not completely sure what all those *free-download-available-for-newsletter-subscription* marketing stunts will do to the quality of music in the future, i sometimes find real FREE_DL beauties, like this one from vicmoren. Which was released by the label Spa in Disco and offered as Free-DL. I say: More of those gems!

Here we go, another free DL by Munich artist Occupanther. But, i would have gladly spent money on this one because i think it’s such a genius track. Listened to this on repeat when it was released in early 2014, especially because it comes with an amazing music video:

I’m really into videography myself and if somebody manages to catch a certain atmosphere and emotion in such a simple way, it’s worth a: Well done to everybody involved!

On a student party in Utrecht 2013, I’ve met a guy named Luuc. He’s an old friend of a good friend of mine (’sup Elmo) and as it turned out, he produces some of the best electronic music i’ve came across in collaboration with a friend. Ludique’s the name of the duo and what those guys do is really, really, really good. And they’ve already produced 3! full-length albums and released them on bandcamp. Jojo’s Favourite is my favourite on the album ‚The road‘, which the guys released 2014 – and according to their Facebook updates, it cost them some energy and passion to put it together. Check it out on their band camp page!

Living nearby Amsterdam and being into clubbing and electronic music, the end of 2014 was troubling times: Trouw closed! One of the most popular clubs worldwide shut it’s doors. I’ve followed a lot of articles on the whole closing period and in one of those articles Nuno dos Santos, one of the Trouw residents and one of my favourite DJs, mentioned a club night where DJ Harvey (or was it Dimitri, not sure…) played this track and all the residents rushed to the booth and checked out the track ID. Had to look it up for myself and it is really something! Released already more than 2 years ago, i think it’s probably one of the best slow-tempo house tracks i’ve heard so far. Could listen to that all-night-long (and i did!).

Same Trouw-is-going-to-close-bohoo background on this one: Patrice Baeumel delivered a top-notch set during the Trouw farewell Boiler Room takeover and i almost cried when he played it, such a beauty:

And while i’m aware of the fact, that i can’t even nearly smooth it in my set as Patrice did, i still had to include it. If you don’t know, now you know!

Yeah, it’s all over! This could count for Trouw as well as for myself: After more than 3 years in the Netherlands, i will leave this beautiful country and all it’s lovely people for good. And while i don’t want to depress you too much with emotional thoughts, i’ve still listened to this superb remix quite few times during my last weeks in the land of cheese and tulips.

Not a DJ set by mr.paul without playing something from Grandmaster Maceo. Don’t know what this guy takes, but others should take it too. He played his Sordid Affair remix during a Boiler Room set in late 2014  and i couldn’t wait for it’s release. Quality as always!

And Maceo one more time, indirect with his label Ellum: Mario Basanov made yet another great deep melancholic smoothy remix with this typical style of his. I’ve seen Basanov during a gig as his Alter-Ego Ten Walls at Harry Klein somewhen during last summer and i must say, personally i prefer the ‚original‘ Mario. Anyways, great music – Walking with Elephants is one-of-a-kind

During Amsterdam Dance Event 2014 i’ve worked on a festival review and maintained a good contact with We Are E, a dutch electronic music management & #somuchmore agency. Cheers to Kelly! If you’re interested, check out the article!

AFFKT is in WeAreE’s portfolio and without following the guys on Facebook, i would have probably missed on a few great releases in 2014. This track is one of them (such as all the other releases by this guy).

Background story? Well, if you’ve come this far, just scroll back to ‚Koreless-Sun‘ and you’ll end up on Patrice’s Boiler Room set. Reminds me of good times which you can have in a crowded club while ravy tunes like this are pumping through the speakers. Khen produced some high quality stuff during the past times and i’ve gladly spent my money on his music!

Being a student usually means finding many ways to avoid doing what you should do: Studying! As most students, i developed certain interests during exam period such as cleaning, cooking, just hanging around, watching movies OR Resident Advisor Youtube clips. I guess this track was listed on one of the ‚origin‘ clips, or maybe the ’sessions‘, or maybe the ‚real scenes’…i don’t really remember, so i’m just linking to Kinks really good live session:

Go find out yourself…and go see Kink on a club gig. Totally worth it!

Who could make a better remix out of an existing track by Trentemøller? Of course Trentemøller! I haven’t consciously listened to his tunes for such a long time and somehow thought: Hey, what happened to the Moan guy? I still have so many good vinyls from or featuring him and wasn’t really surprised that he’s still going strong and just keeps on releasing good stuff!

I really think this is one of the best vocal tracks i’ve come across last year. I enjoy listening to this muchos. And well, another link to my starting times with mixing: Joris Voorn edit really pays the track and its superb vocals justice and his remix for Robert Babicz’s Dark Flower back in 2008 was among the first 20 records i’ve ever bought and i still enjoy it to the max! Nostalgia alert….

Support your local artist…especially if those local artists are your old classmates. Since i always listen to the mixes SKHN puts out in open space i really expected something harsh and drrrrischig (as Bob Ross would say: ‚It’s not a real word, but people seem to know what it means‘ … at least Germans). However, I didn’t expect him to produce something ‚vivid‘ (as he would say himself) and i was surprised in many positive ways. Follow him on Soundcloud, he just released another one of those unexpected pieces, first drrrrishig then mmmhhhhshig:

That’s it for 2014. As always there has been much more music to listen to and many more stories to tell. But you can’t have it all. For now, i hope you’ve enjoyed the mix and my thoughts on it. See you in 2015!